By Joanne Moore on January 21, 2022 in Celebrity Horoscopes Blog, Uncategorised 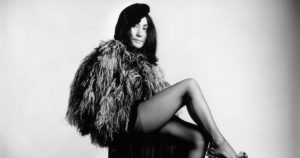 Ageless artist, musician and performer Yoko Ono was born on February 18, 1933 with the Sun, Venus and Saturn all in the unconventional sign of Aquarius. Plus Moon trine Uranus [the boho planet]. Together with her husband John Lennon [who had Moon in Aquarius] they rocked the establishment in the 1960s and 70s with their avant-garde music, bohemian lifestyle, political activism and bed-ins for peace.

As Yoko reflects “The 1960s were all about releasing ourselves from conventional society and freeing ourselves.”  She continues her activism today, with her support of women’s rights in developing nations, plus her campaign against fracking in the USA.

Yoko Ono also has Mars, Jupiter and Neptune in Virgo which [as I explain in my eBook LOVE AND SEX SIGNS – Venus Mars and Astrology] was beautifully compatible with John Lennon’s Venus in Virgo. And it also helps explain Yoko’s disciplined nature and strong work ethic. She still works long hours, spends half an hour on the treadmill every day, and walks to her son Sean’s apartment [60 blocks away] a few times a week. She is also very strict with her diet and says “You should only eat when you’re hungry, eat what you want, and not very much.”

French performer and novelist Colette [born on January 28, 1873] had an Aquarian Sun and Moon, which were square her Mars and opposite her Uranus [an extremely bohemian,  reckless and rebellious combination]. She was outrageously unconventional and scandalised French society with her risqué writings, three marriages and numerous affairs [with men and women].

“You will do foolish things, but do them with enthusiasm” [Colette]

Actress Charlotte Rampling was born on February 5, 1946 with Sun, Mercury and Venus in Aquarius, (plus all are trine the avant-garde planet Uranus). She was the ‘It Girl’ of London in the swinging 60s. Beautiful, bohemian, clever and controversial, she shocked polite society with her kinky movie roles (like The Night Porter) and her permissive personal life (she had two live-in lovers). She turns 73 on February 5 and is still working constantly, as she flies the flag for sexy older women in cinema. She has a very Aquarian take on life.

“To discover what normal means, you have to surf a tide of weirdness.”