By Joanne Moore on June 7, 2019 in Celebrity Horoscopes Blog, Uncategorised 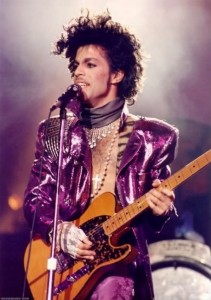 The Horoscope of Prince …

Singer, songwriter, musician and record producer Prince Rogers Nelson was born on June 7, 1958 with Sun and Mercury both in Gemini. This gave him great communication skills, versatility and manual dexterity [on many of his albums he played all the instruments] and a particular talent for writing lyrics [Gemini rules language].

But – even though Prince was a Gemini – his horoscope was incredibly Plutonic.

He had Scorpio Rising, so his ruling planet was Pluto.

His Pluto was right on the Leo Midheaven [in the 10th house of career].

His Pluto was opposite his Moon [which was conjunct the IC in the 4th house].

His Sun was in the 8th house [ruled by Scorpio and Pluto].

Therefore his public image was Pluto personified. Prince was an intense, sexually-charged and powerful performer, with great personal magnetism. He was also a perfectionist control-freak who was obsessed with his work, and controlled everything he did [from songwriting to recording to post-production to touring]. Plus he had a very enigmatic, private and secretive side.

So what were the planets doing when he died on April 21, 2016? He was a strongly Plutonic individual, and died within hours of the Scorpio Full Moon being exact. Plus transiting Pluto was inconjunct his Sun; transiting Saturn was closely opposite his Sun; and he was heading into his second Saturn Return. All suggest a time of stress, health issues and endings, followed by transformation into a brand new cycle. The transiting Sun was also opposite his Neptune [suggesting confusion, drugs and/or a cover-up surrounding his death].

His Purple Majesty leaves a prodigious legacy of powerful music, created by a creative genius who put his heart and soul into his work.  Here are some of his most memorable Plutonian quotes …

“I have a writing addiction.”

“There’s a dark side to everything.”

“If I need a psychological evaluation, I’ll do it myself.”

“The new pushes the old out of the way and retains what it wants to.”

Check out your free Weekly Horoscope from Joanne HERE