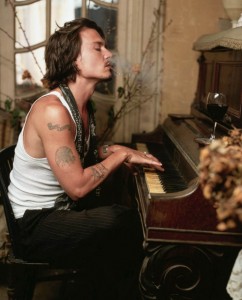 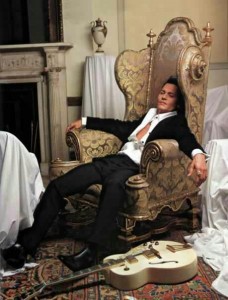 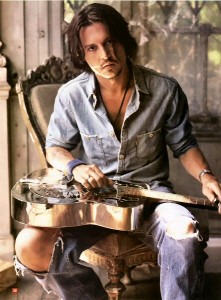 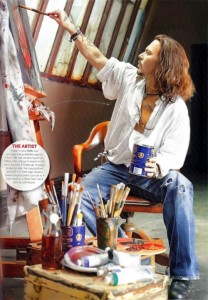 Movie star, musician and artist Johnny Depp was born on June 9, 1963 with the Sun in the creative and versatile sign of Gemini. With Moon in Capricorn; Mercury and Venus in Taurus; plus Mars, Uranus and Pluto all in Virgo, he also has a very earthy, practical side to his nature, and a strong need for emotional and financial security.

A man’s Moon and Venus sign show the type of partner he is attracted to and – with his Moon in Capricorn and his Venus in Taurus [both earth signs] – Johnny’s always had a thing for earthy women. Kate Moss and Vanessa Paradis are both Capricorns; and ex-wife Amber Heard has Sun and Venus in Taurus, plus Mars in Capricorn!

With Venus square Uranus [an unpredictable love life] and Mars conjunct Uranus/Pluto [personal magnetism combined with a dangerous, experimental edge] Johnny also has a wild and unconventional side to his nature . And he specialises in playing eccentric loners [like Edward Scissorhands, Ed Wood and Willy Wonka] and bohemian lovers [in movies like Don Juan DeMarco, Chocolat and The Libertine] ….