By Joanne Moore on December 26, 2022 in Celebrity Horoscopes Blog, Uncategorised 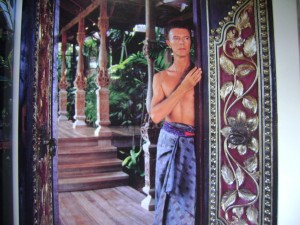 Music legend David Bowie was a Capricorn, born on January 8 [the same day as Elvis Presley] in 1947.

Here’s a quick look at his horoscope …

Sun, Mercury and Mars in Capricorn – so many wonderful singers have [or had] their Sun in Capricorn [like Elvis, Janis Joplin, Marianne Faithfull, Patti Smith, Bo Didley, Shirley Bassey, Rod Stewart, Joan Baez, Dolly Parton and Annie Lennox]. Many Capricorns have great drive and ambition, plus an earthy, primal musicality. It is also the sign of discipline, hard work and longevity and [in a career that spanned more than four decades] Bowie released 27 studio albums and appeared in over 20 movies.

David Bowie had Moon in Leo – the creative artist, instinctual performer and flamboyant showman. A great love of fashion, theatricality and putting on a spectacular show!

Ascendant in Aquarius – David Bowie was a true bohemian artist. The innovative, experimental, adventurous, androgynous rock star who created the iconic characters Ziggy Stardust and the Thin White Duke. He went where no performer had gone before, inventing his own style of music that straddled the genres of glam rock, pop, soul, funk, new wave and dance music.

Venus in Sagittarius – The planet of love in the sign of travel, foreign countries and cultures. Bowie’s first wife was American Angie, and he then married Somalian supermodel Iman. He loved to travel and had homes in London and New York, plus a beautiful Balinese-style tropical retreat on the Caribbean island of Mustique [see photos above].

“I don’t know where I’m going from here, but I promise it won’t be boring.”

“Tomorrow belongs to those who can hear it coming today.” (David Bowie)

Janis Joplin was born on January 19, 1943 with the Sun in earthy Capricorn and the Moon in super-sensitive Cancer. Bohemian individuals always have Aquarius and/or Uranus feature strongly in their birth chart and Janis had Mercury [planet of communication] and Venus [planet of love and creativity] in Aquarius, plus her Sun was closely trine Uranus.

So she was a perfect conduit for the Aquarian 1960s … rebellious, radical, adventurous and avant-garde. And behind the flower-power façade was that amazing voice. [So many exceptional singers have their Sun in Capricorn … like Marlene Dietrich, Sophie Tucker, Shirley Bassey, Elvis Presley, Eartha Kitt, David Bowie, Marianne Faithfull, Joan Baez, Patti Smith, Rod Stewart, Annie Lennox, Pat Benatar and Doly Parton.]