By Joanne Moore on September 23, 2022 in Celebrity Horoscopes Blog, Uncategorised 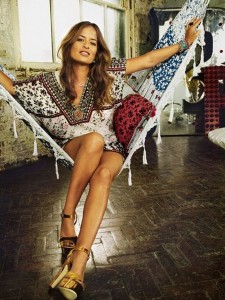 When your father is a singing and song writing superstar; your mother is a fashion icon; and your babysitter was Andy Warhol; chances are you’ll end up being pretty creative! Which is exactly what’s happened to Jade Jagger, daughter of Mick and Bianca Jagger. Born on October 21, 1971 [with the Sun, Uranus and Pluto all in Libra] she’s a jewellery and interior designer. And does everything which fabulous boho flair.

Bohemian individuals always have Uranus feature strongly in their birth chart and Jade has Mars in Aquarius, trine Uranus. With homes in London, Ibiza and India. Plus professional projects in New York, Morocco and Moscow. She is a cosmopolitan global citizen of the world [which suits her Jupiter in Sagittarius wanderlust].

Jade has a place in London and a gorgeously eclectic home in Goa, India. It’s an exotic environment where ornate local furniture blends beautifully with layered textiles, wooden textures, woven walls and grass rooftops.  Her design philosophy? “In a world under threat from insipid, homogenous design, we should celebrate those who constantly seek the unique.” 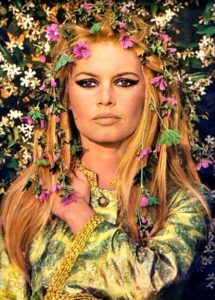 French actress, singer and animal rights activist Brigitte Bardot was born on September 28, 1934 with the Sun in Libra [sign of beauty]. Bohemian individuals always have Aquarius and/or Uranus feature strongly in their birth chart and Brigitte has Saturn and the North Node in Aquarius. Plus Uranus is quincunx her Sun and opposite Mercury and Jupiter [her ruling planet].

And she certainly epitomized the permissive and bohemian mood of the 1960s. BB outraged conservative middle-class society with her movies, her music, her nude scenes, her love affairs, her fashion sense [she popularized the bikini] and even her hairstyle.

“I’m a girl from a good family who was very well brought up. One day I turned my back on it all and became a bohemian.” [Brigitte Bardot] 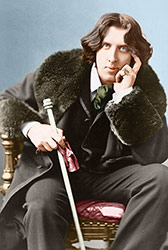 Irish playwright, novelist, poet, short-story writer and celebrated wit Oscar Wilde was born on October 16, 1854 with the Sun and Venus both in the sartorially elegant sign of Libra. [“If I were all alone marooned on a desert island and had my things with me, I should dress for dinner every evening”] Bohemian individuals always have Aquarius and/or Uranus feature strongly in their birth chart and Oscar had …

As often happens with someone who has volatile Uranus aspects, he experienced dizzying highs [as the most famous and successful writer of his time] and the most terrible lows [he was imprisoned for two years hard labor for ‘gross indecency”]. He was a true bohemian individual. Flamboyantly eccentric, always controversial and totally unique. As Oscar famously declared “Be yourself; everyone else is already taken.”