By Joanne Moore on March 21, 2022 in Celebrity Horoscopes Blog, Uncategorised

Julie Christie and Ali MacGraw are Aries actors who were boho fashion icons [Julie in the 1960s and Ali in the 1970s]. And they also had tumultuous relationships with superstar actors and sex symbols Warren Beatty and Steve McQueen. Who are/were both Aries as well! 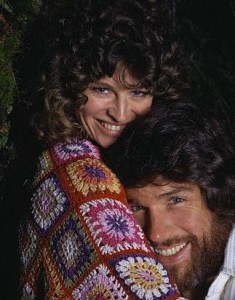 Actress and social activist Julie Christie was born on April 14, 1941 with Sun, Mercury and Venus all in Aries. Bohemian individuals always have Uranus and/or Aquarius feature strongly in their horoscopes, and she has Mars in rebellious Aquarius, plus Uranus square her Moon. She was the ‘It Girl’ of London in the swinging 1960s. Beautiful and bohemian, she made a name for herself playing strong, independent women, and had an unconventional private life. [She lived in a commune for many years, and didn’t get married until she was in her 60’s].

She turns 79 on April 14 and combines acting with being an active supporter of animal rights, environmental groups and the anti-nuclear movement. She has a very Aries/Aquarius take on relationships. “Men don’t want any responsibility, and neither do I” 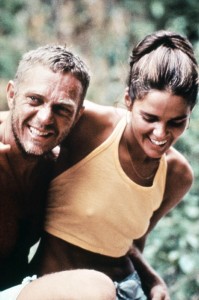 Actress Ali MacGraw was born on April 1, 1938 with the Sun, Moon, Mercury, Venus and Saturn all in fire sign Aries. But – with Saturn closely conjunct her Sun – it’s a contained and controlled inner fieriness. With her Mars, Uranus and Ascendant in Taurus; plus her Midheaven in Capricorn, she has a very earthy side as well.

Bohemian individuals always have Aquarius and/or Uranus feature strongly in their horoscopes, and Ali has Jupiter in Aquarius and Mars closely conjunct Uranus. This gives her an impulsive streak and many things in her life happened very suddenly. She burst into the movie world as an overnight success; was married [and divorced] three times; and moved in with Steve McQueen (another Aries) soon after meeting him (on the set of the movie ‘The Getaway’). She explains “I was obsessed with Steve from the moment he stepped into my world.”